X
Back to the top

Rock, Hip Hop, Soul…A Rebel with a Cause.

Be the first to hear about new releases, exclusive VIP performances, and the latest news.

Memoirs of a Rebel was originally recorded in 2005 in Los Angeles under the working title Concrete City, the Album. It is part of the a new series of releases from The Brave New World Record Company of never-before-heard or released songs from the catalog and archives of Shyan Selah. All archived catalog releases will be stamped with a “Vintage Collection” insignia and will be released periodically throughout the coming years. As a tribute to the impassioned career of Shyan Selah, these releases will be unveiled with dramatic stories, interviews, artwork, and products that dig deep into the work of one of the world’s most creative, under-the-radar talents. Memoirs of a Rebel marks the first release of this particular collection of pure hip hop from Shyan Selah. All songs were written and recorded by Shyan Selah and all tracks were produced by Rocdusa. Co-producing credit goes to J Dancsak on “Hold Up” and J-Hen on “Make Me Hot.” The album was mixed by David Frederic & Joe Peluso and mastered by Eddie Schreyer at Oasis Mastering. 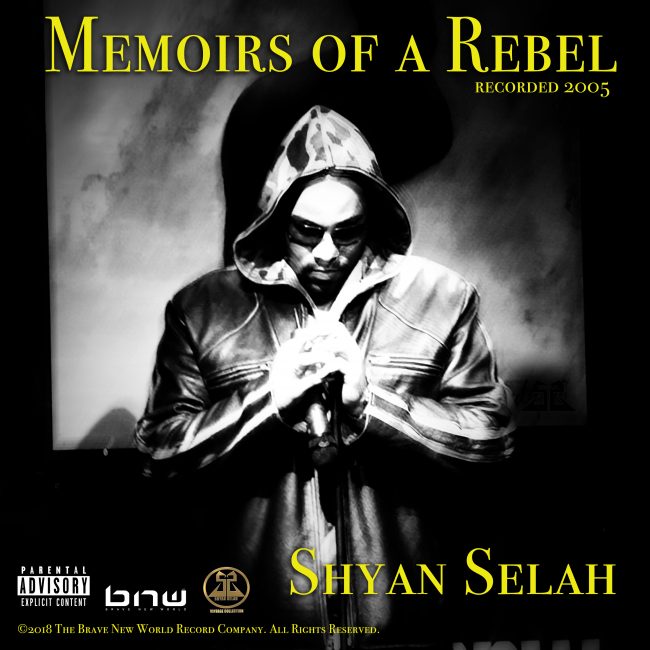